How I made my chiffon top

So as my sewing journey begins I have attempted a few things not all of which have really worked out (a.k.a its a 70-30 split between bad and good).

Anyhow, I decided to make a little hit list of stuff I intend to sew. At the very top of that list? A floaty tank top and since I had only just bought waaay too much chiffon I decided to put that puppy to good use. 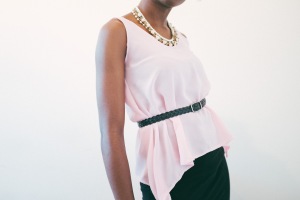 As a project, I would rank the difficulty level a 4/10.

*My primary issue as usual was sewing a straight line. So simple yet so complex *sigh*.

*My second issue was the utter flimsyness of chiffon. Seeing as I’ve been working with cotton for the most part I was a little frustrated with how easily chiffon slips and slides all over the place.

*My final challenge was cutting perfect lines. I intend to invest in a roller cutter in the very near future.

All in all I was content with the outcome. 😀 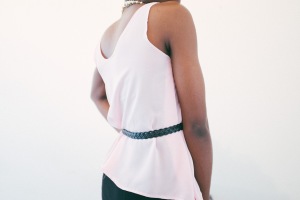 People barely noticed the flaws and it would look absolutely adorable with jeans and itty bitty skirts.

Super excited for projects to come 🙂 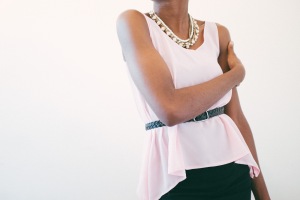